About the project ‘We Are Information’

UCLA University Library (Los Angeles) is one of the latest centers of more than 200 around the world that has bought the book of Antxón Sarasqueta ‘Somos información. La nueva ciencia de lo intangible’, published by the Universidad de Navarra Editorial (EUNSA). See links to others institutions

The project ‘We Are Information’

The project We Are Information is one of dissemination about the new way of understanding information, and responds to the new human challenge about it´s intangible dimension of the information (not physical one) which is what dominates our life´s.

The context of an information society trascend´s the technological tools and makes of its system a new vital map of all aspects of human beings: conceptual, scientific, philosophical and of the market place. These are the new worlds that are emerging in our society.

A project that helps millions of people throughout social strata

One of the numerous projects which this system develops, includes dementia and alzheimer´s disease which will greatly benefit from it. Through investigations and treatments. It´s a disease that in 2015 it will affect 115 million people which will triple the current figures according to the studies done by the World Health Organisation.

A disease which illustrates very well how when a person is stripped of information looses he´s or her´s intelligent functions leaving them without any autonomy. This is the image most dramatic and representative image of how a living body ends when it is unable to process the information system. This project will show how the new system of information affects all aspects in life. In the last decade there has been fifty new professions created with increasing demand for them. All of these are based in the knowing and management of the information. In this same period there has been 10.000 new inventions related to  the development of scientific and medical aspects in order for a better management and production in this areas. Also 600 new planets have been found outside our solar system which represents a new vision of the world and alters our space-time dimension, accelerating all temporary processes like the number of internet users which has gone form 658 million to 2.400 millions and only in the past four years the supercomputers which radically changes our future when it gets to competitivity  and leadership for obtaining power related to nations, companies and individuals all this has multiplied by eighteen in the last four years.

This has made even the most prestigious physicist of quantum theory ask themselves something so basic as » What is information?». The Nobel price winner James Watson, who deciphered the DNA, assert that «What is important is the analysis of the information». The sponsors and contributors of the project Collaborating in this project  will be renowned names in the field of science, investigation, academia, and professionals in the area of information and communication at the national and international levels.

The sponsors, managers and financial partners of the project

The project will be presented to the public on October of 2014.

The project is sponsored and managed by the private consultant firm which Antxón Sarasqueta founded in 1992 called Multimedia Capital, which specializes in the investigation and development of information. A firm that has been pioneer in this area and introduced to the market the first scientific system of measuring intangible information which has been used during the last two decades in multinational companies, universities, governments and all type of entities. A consultant firm that has projects such as Aldea Digital, which in 1997 the Spanish Ministry of Education implemented in 2.500 rural schools throughout the country, and which up until today is a successful case for international reference.

This project will be financially backed up by companies, different entities, organisms and persons which makes the knowing of information the best contribution to the new knowledge of how it impacts our discoveries and progress of the sciences, the human, and economic and social growth. 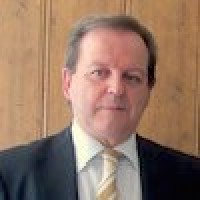 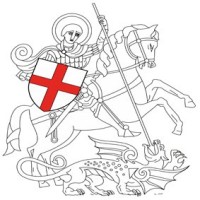 on the business of community media

Thoughts on growing up and growing old in the digital age